Segou – An Oasis in West Africa

After travelling for over two months in West Africa, every town started looking pretty much the same: dusty, dirty lanes with mud-brick houses and rickety shacks. But when we entered Segou, Eduardo and I turned to each other, perplexed. What was this? Segou actually looked cute.

This small town of about 100,000 inhabitants should be a model for all cities in the region. Incredibly lush, with tree-lined streets, colonial style houses and numerous outdoor restaurants, it's a perfect place to rest a couple of days on the long journey between Bamako and Mopti. We spent a couple of days walking along the banks of the Niger river, taking in the action at the port and enjoying a cold beer or two at the many bars. Eduardo also took on the local kids' football team, where he successfully scored a goal. The goalkeeper was helpless, trying to catch the ball between goalposts made of a big stone and an empty can. 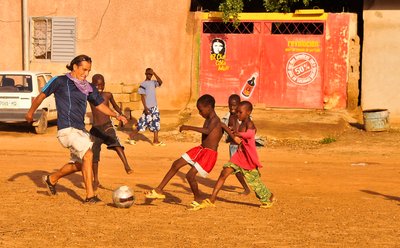 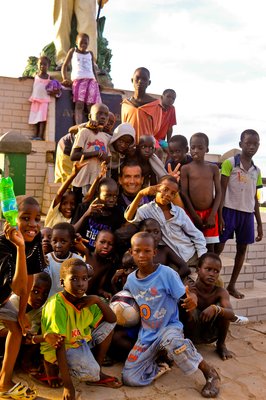 One afternoon, we took a moto to Segou Koro, a village that used to be the center of the Bambara kingdom, nine kilometers outside of town. With more mud-brick buildings and three small mosques, the most interesting part of the visit was meeting the village chief to whom you have to pay a visitor's tax. Heaps of children followed us around, begging for money, candy, photos (for a fee, of course!), my sunglasses, or something, just anything. 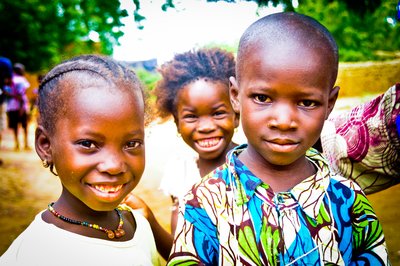 Segou, on the other hand, stayed lovely. Although it was pretty dead during Ramadan when we visited, the town comes alive in early February when it hosts Mali's largest music event, the annual Festival Sur Le Niger. The rest of the year, there are plenty of live music places to dance the night away.

But the town redeemed itself on Eid Al Fitr, the end of Ramadan, when the little boys, dressed up like gangsters in their new suits, walked around town. Suddenly everyone was happy and smiling again, after a month of daytime starvation.

So if you ever find yourself in West Africa, don't miss Segou, the pearl of Mali! 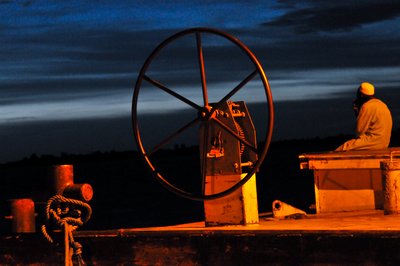