Baba Sacko and The Importance on Doing Internet Research

“I heard you're interested in doing a trip to Dogon?” said the round-faced man in a shiny purple "pajamas" outside our hostel in Bamako. “Well, maybe,” I answered reluctantly. “Well, I'm going there on Thursday, and I already have an Italian guy and Japanese girl interested, so you should come along". 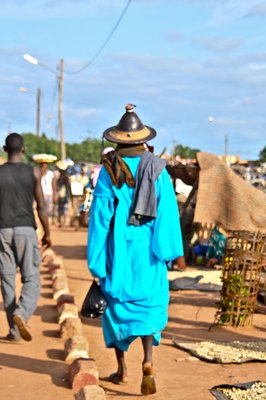 Baba Sacko talked a good talk, spoke good English and seemed to know his way around Mali, so we listened and took him under consideration. The price was high but negotiable, and the timing right. But just before sealing the deal, Eduardo and I needed to discuss. Was Baba the right guy, did we like him, and how much did we want to pay? So we did what we always do – a background check.

The comments weren't very nice. In fact, there was not a single positive word about Baba Sacko. But were the comments about the same person we had met, or could there be two guides with the same name? Then again, how can it be possible to be a guide for twenty years and not a single person recommends you?

As Eduardo and I were contemplating next steps, Baba Sacko walked in the door of the internet cafe.

"So, have you decided?" he demanded, eager to make an easy $500.
When we d confronted him with all the terrible comments about him on the internet, Baba shrugged. "That's not me," he insisted, as we had guessed he would. "Besides, I'm not a guide, I'm a Director of Marketing"
But someone had specifically mentioned that this horrible Baba was indeed a Director of Marketing, so we apologized, and told him we just could not take the risk of using him as our guide to the Dogon country.

Coincidentally, we got to know a German guy a couple of weeks later. He had met a Baba - most likely the same man - at the airport. This Baba warned him about the dangers of Bamako and instead brought him to a guide-infested hostel in a small town outside of Bamako. One night, when taking a walk, one of Baba's guide friends offered him a drag off a joint. But as soon as the German guy put the joint to his moth, a police appeared to arrest him. Panicked, the German guy called Baba, who arrived in a minute and told him to pay 500 Euro or go to prison for ten years. The German guy paid, packed his bags and escaped, not knowing that he had fallen victim for a common scam.

Hearing his story, whether it was the same Baba or not, we felt lucky we had done the research and had the wisdom to turn down this thief. 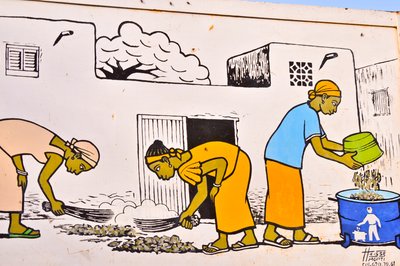